Shipping and the law / Paolo Moretti 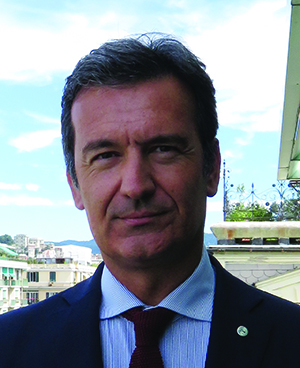 Paolo Moretti holds the current position of Chief Commercial Officer at RINA. He is the Executive Vice President for Marine Strategic Development with a focus on cruise ships. He is also responsible for the yachting and naval sectors and in charge of the marine R&D and technology innovation activities. Training services for personnel onshore and offshore and the development of new rules and regulations are among his duties.

Paolo began his career in the Classification Department of  RINA in 1997. He was later assigned to the supervision of cargo vessels and cruise ships in Far East and Europe and became Head of the Pleasure Craft Product Line in 2006. In 2011, he rose to the level of General Manager of the Marine Business Line.