Shipping and the law / Giacomo Gavarone 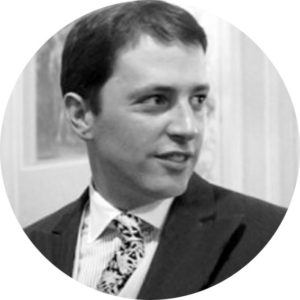 Giacomo Gavarone born in 1981 in Genoa. He is married and has one son. He presently lives and works in Genoa.

He graduated in the 2005 at the law university of Genoa with a thesis, written in collaboration with Tulane University of New Orleans, regarding a comparison between the harbor towage business in the USA and in EU. Then he spent two years in a maritime legal firm in Genoa (Studio Legale MMP).

In 2007 he entered in the commercial department of Rimorchiatori Riuniti Group that owns and manages harbor and salvage tugs in the med sea, offshore vessel in Brazil and ocean going vessel (as container, chemical and bulk carrier) worldwide.

From the very beginning he spent several months in Tug Malta Ltda (fully controlled by Rimorchiatori Riuniti Group) that provides towage&salvage services in the harbor of Valletta and Marsaxlokk, taking care of the growing offshore market in Med Sea and, especially, in North Africa.

Then, he joined Finarge Armamento Genovese (known as “Finarge”, fully controlled by Rimorchiatori Riuniti Group) as commercial manager and, after few years, he moved in Brazil for two years where he had been in charge for all the relationship with Petrobras that has currently under charter 8 vessel belonging to the Group (6 AHTS+2 PSV).

In January 2014 he came back in Italy and now he is in charge for the commercial department of all the Group.