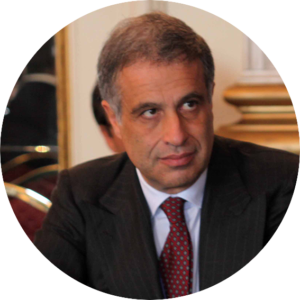 Francesco S. Lauro is the managing partner of Studio Legale Lauro. Born in Naples in 1955, he graduated in Law at Federico II University, Naples, qualifying as first in his class.

He continued his studies in Maritime Law at University College in London where he worked with some P&I Clubs and firms of solicitors. In 1993 he founded Studio Legale Lauro with Ernesto Ardia and two other colleagues. From 1996 to 2000 he served as President of the newly constituted Port Authority of Naples. He is, or has been, Chairman and Board Member of various public and private companies in the Ship-owning, Port and Transportation sectors. His practice areas are: Shipping, Corporate, Italian and International, Mergers & Acquisitions and Privatizations, Infrastructural Projects, Financing, Banking, International trade. Francesco speaks Italian, English and German.