Shipping and the law / Jonathan Lux 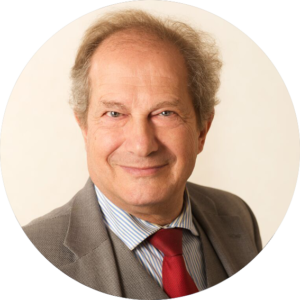 After an extremely successful career culminating as a Senior Partner at one of the City’s leading Law firms (Ince & Co) Jonathan made a decision to specialise independently in Mediation, was subsequently called to the Bar and joined Chambers in 2011.

Jonathan is well placed to take on Mediation and Arbitration cases that require a highly skilled and personal approach. Jonathan has the ability to grasp the key issues of a case quickly. His vast experience and the range of Mediation and Arbitration cases that he has been involved with, have given him the tact and robustness that leads to a satisfactory conclusion, enabling all parties to cost-effectively put the case behind them and get on with their business.

Jonathan is one of the founder members of CEDR, and is well known for the use of the ADR (Alternate Dispute Resolution) principle in resolving cases. His wise guidance, flexible approach and excellent communications skills as a team player make him the right choice for contentious or straightforward mediation cases.

He has lectured widely and written numerous articles on the subject of mediation, and is co-author of ADR and Commercial Disputes.

Jonathan is also fully accredited by and a member of the International Mediation Institute (http://imimediation.org/jonathan-lux).

Jonathan has received regular appointments as Arbitrator and Mediator both in relation to maritime disputes and international commercial law disputes more widely. He is a fluent French and German speaker making him much in demand for national and international mediations.

Accredited with the Academy of Experts, ADR Net and CEDR

Hungarian Chamber of Commerce and Industry